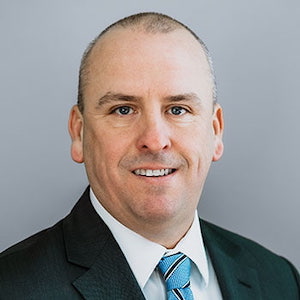 For nearly two decades, Attorney Michael Perpall has zealously represented litigants in criminal and civil cases. He is a tenacious, savvy, and creative advocate, who brings his depth of knowledge and wealth of courtroom experience to bear on behalf of each of his clients.

As a Framingham criminal defense attorney, Michael began his career representing people accused of crimes, ably guiding them through the criminal legal system with expertise, compassion, and perseverance. For a decade, first as a supervisor and then as attorney-in-charge of the Framingham public defender’s office, he was a leader in the MetroWest criminal defense bar, mentoring, training, and supervising lawyers. In the private sector, his practice now includes the role of supervising attorney for the Middlesex Defense Attorneys, Inc, a non-profit organization that administers criminal defense services for people accused of crimes in Middlesex County.

Although Michael represents clients throughout the eastern part of the Commonwealth, the locus of Michael’s practice is in Framingham, which has been his professional home base for nearly two decades. He is a former president of the MetroWest Bar Association, worked as a volunteer attorney during the founding of the Framingham Natick Recovery Court, and for several years led the public defender’s office in the region. Michael is an active member of the Massachusetts Bar Association and the Massachusetts Association of Criminal Defense Attorneys.

Michael is a veteran trial lawyer, who has tried dozens of cases to verdict and litigated hundreds of motions. He is a dedicated and collaborative advisor to his clients. He is an impassioned and persuasive advocate who never quails in the face of opposition. If you or someone you knows is in need of a dedicated, passionate, and responsive attorney to assist with a legal matter call Attorney Michael Perpall today to schedule your free legal consultation.

B.S. in Communications, University of Miami, 1998

Contact Us
Practice Areas
Client Reviews
★★★★★
"Attorney Michael perpall is the only attorney I have ever truly trusted. I have been in a fair share of trouble over the years and have delt with about a dozen different attorneys. Mr. Perpall is respectful,courteous and extremely intelligent. I recommend him 100% to anyone looking for legal representation in the Framingham area." Jackie
★★★★★
"Michael Perpall was my Attorney for a very serious case. Mike’s demeanor kept me calm, he was always honest and I trusted him completely.. His knowledge of the Law is phenomenal. Mike kept in constant contact with me, his communication skills were impeccable. He spoke to me with respect and in a way that I completely understood the process and status of my case. He is so articulate, assertive, professional and respectful in the courtroom I am so grateful I hired him as my Attorney. Mike is also hardworking, dedicated and passionate about his work." Karen
View More
Submit a Law Firm Client Review